A Squared go Bowling (AKA the mystery of the orange ball)

On Thursday 10th May we embarked on one of our now famous team bonding nights kindly organised by our Managing Director Kate.

This time our chosen location was the Hollywood Bowl at Cribbs Causeway near Bristol for 2 rounds of intense and not in slightest bit competitive 10 pin bowling! 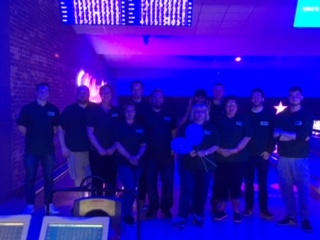 Splitting into two teams across two separate lanes we all used the first session to flex our arms and lay down markers of our bowling prowess, with all of us finding excuses for our pitiful scores including; swollen fingers, lack of practice, poor eyesight, the wrong shaped ball and too many Prosecco’s!

Then midway through the 1st round, something strange started to develop…

A rather delightful orange coloured bowling ball which had been generally ignored by the majority of the players, started being used on a more regular basis when it was noted to be the reason for a number of strikes and spares to anyone who picked it up.

Gradually everyone started wanting to use it and the game was continually reduced to a standstill while each of us awaited the retrieval of the ball from the previous person.

You would think to acquire a second orange ball would have solved a few problems but no, it had to then be “that” orange ball and like Thor’s Hammer, everyone wanted it for its mystical bowling power! 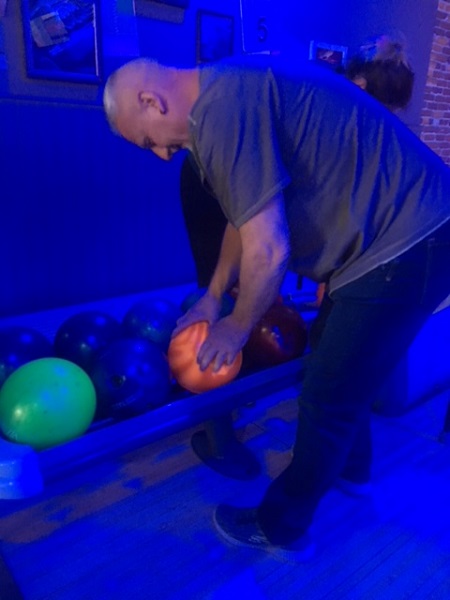 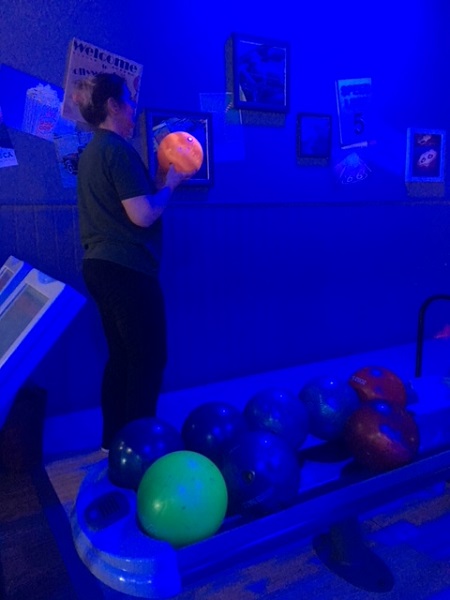 Even Ken got in on the act despite posting really good scores without it, leading to his unfortunate disqualification from the final placings despite several appeals to the official scorekeeper (Kate) who claimed no bias in the decision.

What did seem strange was that the only person not to get a single strike over both games was Ross who had initially picked up the mysterious orange ball in the first place!

Overall though every single player in both teams found their score had vastly improved in the second round but that may have been attributed to the rather yummy food, which was provided at half time and made us all find our focus again!

Despite Oli being initially crowned A Squared Bowling champion by Kate, a quick re-count saw the prize mercilessly snatched back by Lynne and placed in the rightful hands of A Squared’s latest addition to the team, James! The fact he lives closer to the Bowling venue than everyone else is still under investigation and consideration, but only by Ken and Oli who refuse to let the matter go! 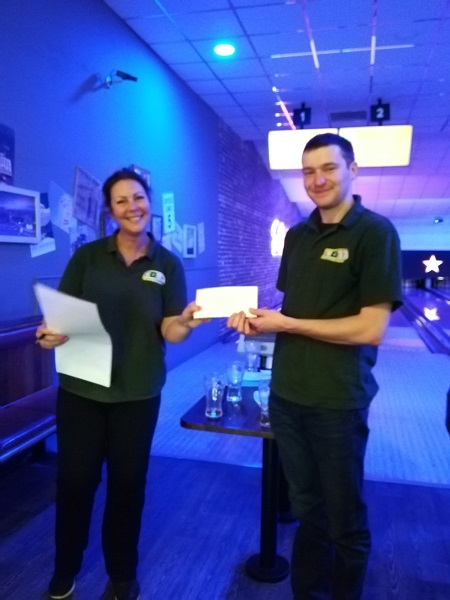 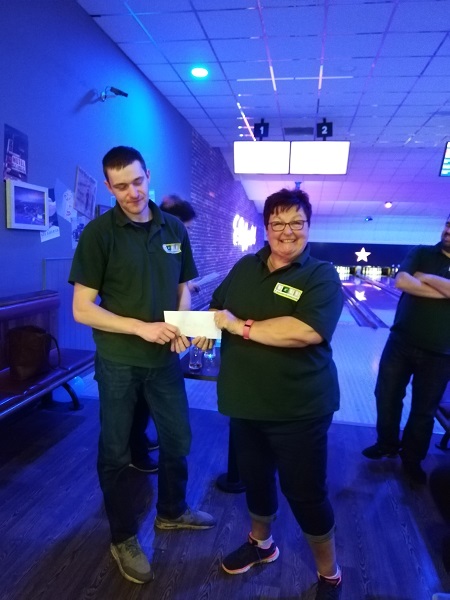 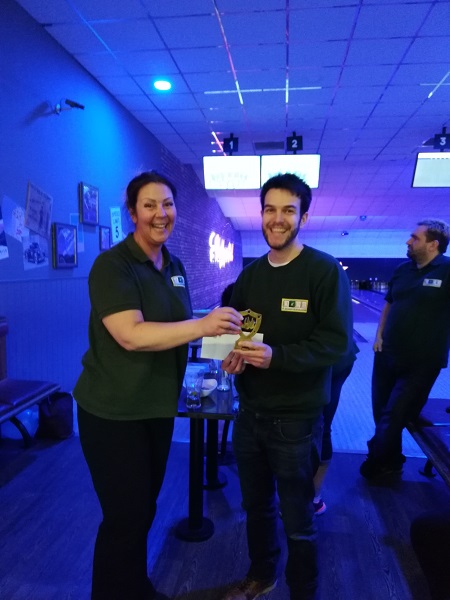 All in all, it was a brilliant night with other winners including; Elena for Most Improved Player, Jamie for funniest bowler and Oli reprieving himself with the award for most Stylish bowler! 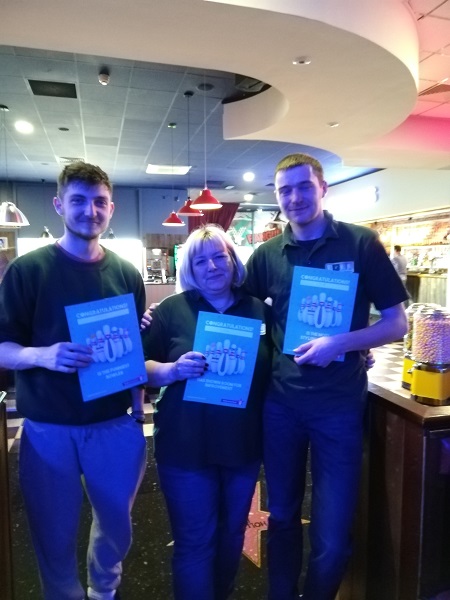 We recommend Hollywood Bowl for any corporate/team building event or indeed a family event as they provide a great package for a reasonable price and it’s certainly a lot of fun.

It would be fitting to say that on the night everyone was a winner, but in truth it was James, a mystical orange ball and definitely not Ken or Oli

If you would like to read more about some of our team building nights out then please scroll through our blog posts or click on this link to read specifically about our race night, laser quest or F1 challenge.