Bach to work during a Pandemic 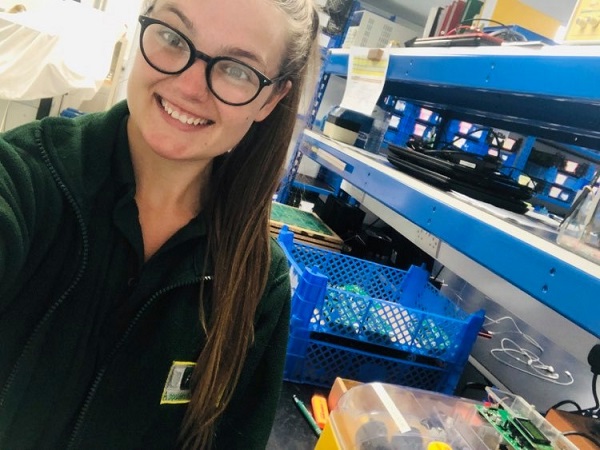 Back in June and during the middle of the current Covid-19 Pandemic we were able to have some extra help from a familiar face to A Squared Technologies. Here is Victoria Bach’s experience of working with us during this unprecedented time! 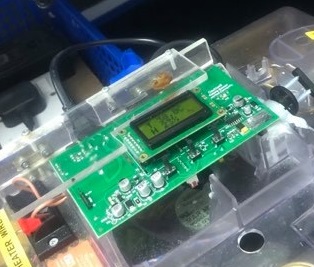 The grip of Covid 19 pandemic has affected so many businesses and caused many employees to be furloughed during the crisis. I was one of those employees and was invited to work and help out at A Squared during this period.

For A Squared, business continued – however not as usual as the regulations and outlines meant things had to change in day to day working life. Shift’s had to be put into place so less people were working within the unit and strict sanitisation of stations and hands came into force. 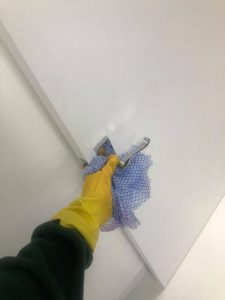 As suppliers of an essential item for hospital ventilation units, the A Squared team have been working tirelessly throughout the pandemic to meet demand for such boards and other orders.

A Squared’s foundation has grown from a family business … my family. So walking back into the hustle and bustle was such a warming feeling, like returning home. I am the daughter of founder Alan Bach and his hard working partner Ann Carter – both who put so much time into nursing the beginning of A Squared. My big sister Kate Bach is now director and has taken the business to new heights. I am also the mother of  Woody Bach who is A Squared’s top guard dog … less of the guard and more of the soppy.

I have grown up working occasional weekends alongside my family and lending a hand when work used to be brought home in the past. A Squared has always been such a big part in my life and to be back among it all felt so familiar and humbling. 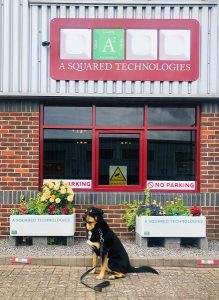 The day begins with ensuring Woody has been walked and fed then we both head into work – but first stopping to grab a Costa for the boss – a bacon roll and extra hot soya latte has got to earn me brownie points! (distanced delivery too of course!) 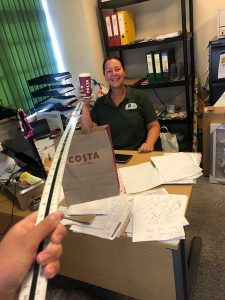 Settling into the day I receive a list of jobs from the Line Manager Will, who explains the process of the procedure at hand so I can form an understanding of what I am doing and why. I remember doing some of these jobs when I was younger so I found it interesting to be able to ask more questions and to begin to appreciate the effort put into the designs of the PCB’s, their intricate components and how they merge to create the final product. It really it fascinating stuff!

Woody’s mid morning walk calls so we take five and have a wander around the business park and stretch our legs. When we’re back I complete the first round of Covid 19 pandemic deterring –  I have been shown how to disinfect the work stations, kitchens, toilets and all points of contact – keeping our team safe and following the guidelines is key during these testing times. Then it’s back on with programming, or testing or prepping components – whatever needs doing, I’m there to lighter the load for A Squared’s hard workers! 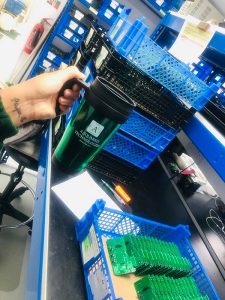 The day goes quick with the background noise of Radio 2 and pop master, the occasional group discussion prompted by the latest news cast and the encouraging cheers from when one of the team have finally completed a mammoth order! Another walk for Woody, a quick tea break and another round of anti-backing and my shift is drawing to a close. A tidy and sweep up around my station, a  shout of goodbyes to the next wave of shift workers who are setting up for their days work and I collect Woody from his security post in the office and we leave the A Squared unit for the day.

It’s been a pleasure working at A Squared for the past couple of weeks. The team, my family, the wholesome feeling of working back in the business that has, and continues too, play such a big part in my life. I’m so proud of how much it has grown and developed and has been such a pleasant environment to work in. The A Squared team is a hard working one and I am delighted that I got to join them for a short period of time.