We are ISO9001 Certified and specialise in the design, assembly, maintenance and repair of electronic printed circuit boards for a highly diverse range of manufacturing businesses.

It would be an understatement to say that we have extensive experience in designing and building electronic PCBs. Founder Alan Bach started the company in 1981. Today, the business is run and managed by his daughter Kate and a team of highly skilled specialists.

‘A Squared’ was derived from the initials of the Company Director Alan. The business was started initially working from home and garages, focussing on PCB design and assembly.

In 2008 the business had grown sufficiently to move into industrial premises at Unit 20, Weston Business Park. Alan began the next stage of A Squared Electronics, designing and producing PCB’s and associated assemblies for several customers.

In 2009 the business was growing further, which required the need to expand into the neighbouring unit 19. During 2010 in order for the business to fulfil its customers growing needs, full-time employees were needed and A Squared Electronics began to move forward.

2012 saw ‘A Squared Electronics’ become ‘A Squared Technologies’, a change of name necessary in order to accommodate the diversity of the customer base.

In 2014, A Squared Technologies becomes a Limited Liability Company the Team is comprised of Alan, 6 full-time employees, 6 homeworkers and a network of skilled associates.

Jump to November 2016 and the company had continued to grow to such an extent that new premises were sought and A Squared Technologies Ltd moved from Weston Business Park to the Oldmixon Trading Estate and our current premises of Unit 6 Bridgwater Court, where our permanent team has increased further.

A Squared has built a firm reputation for design and manufacturing excellence. The company prides itself on its consultative approach, forming long-term partnerships with clients, becoming an intrinsic part of their product development team and helping them not just to design and manufacture an electronic PCB that meets their brief, but also developing the product as the technology improves into the future.

A Squared acts as a project manager, working with high-quality strategic partners, particularly on software development. The company also has a long-term relationship with local Universities, nurturing and making use of the next generation of engineers, guaranteeing that it is always one step ahead of the next technological development.

It has established partnerships with very high-quality component suppliers, the vast majority of which are UK-based. This guarantees very low failure rates and rapid access to components, leading to very short lead times for manufacturing.

The building itself provides us with more space and better facilities to meet our customers’ needs. The Managing Director Kate has invested in a lot of new equipment including two Surface Mount Machines, an AOI machine and upgrades in several areas of the specialised equipment used on a daily basis by the production team.

The care of a small company

A Squared Technologies is formed of a small, skilled and highly trained team of technicians. Your project requirements will be managed and cared for by a dedicated member of the team.

Kate Bach is the Managing Director of A Squared Technologies, the family business founded by Kate’s Father Alan, over 35 years ago.

A Squared Technologies was founded by Alan Bach on sound financial principles. That financial stability is still maintained today, so you will be supported by a business that will be here to stay.

We have a strong and trusted relationship with our suppliers, which provides your project with efficient completion and delivery of components. 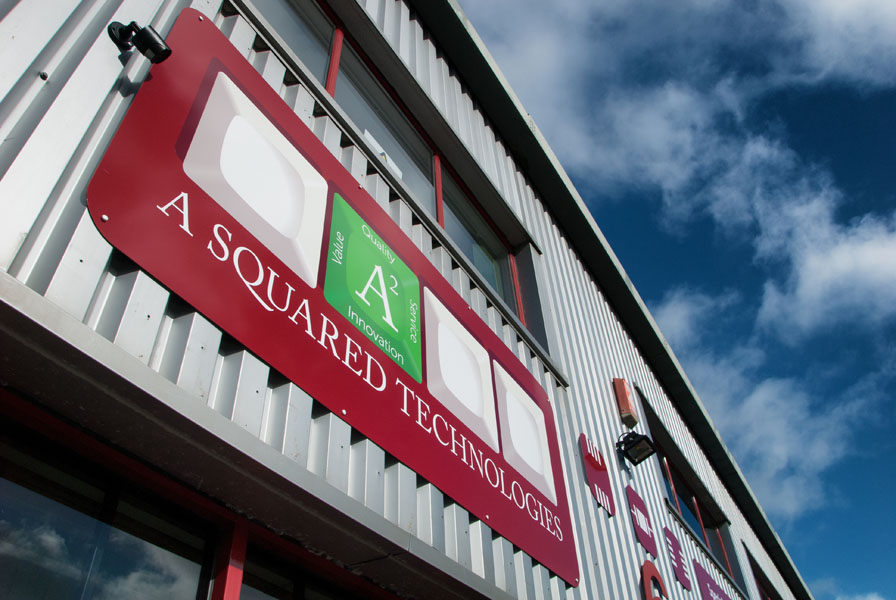 “A Squared have been supplying our electronics and handset for several years, together with a few smaller wiring components. The quality and service cannot be faulted, along with their value for money. Communication is very good and their attention to detail is excellent.”

A Squared will support you from concept through to production

Contact us for an informal discussion and hear about how A Squared has provided support to many businesses for many years, providing their electronic, software and mechanical requirements.

Request a free call back